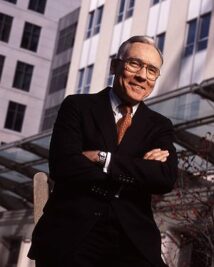 Raymond W. Baker is an American businessman, scholar, author, and “authority on financial crime.” He is the founder and president of Global Financial Integrity, a research and advocacy organization in Washington, DC working to curtail illicit financial flows.

In 1996, Raymond Baker received a grant from the John D. and Catherine T. MacArthur Foundation for a project entitled, “Flight Capital, Poverty and Free-Market Economics.” The project took him to 23 countries where he interviewed over 335 bankers, politicians, government officials, economists, attorneys, tax collectors, security officers, and social scientists on the relationships between commercial tax evasion, bribery, money laundering, and economic growth.

Mr. Baker is the author of Capitalism’s Achilles Heel: Dirty Money and How to Renew the Free-Market System. He is an internationally respected authority on corruption, money laundering, growth, and foreign policy issues, particularly as they concern developing and transitional economies and their impact upon western economic and foreign interests.

In 2006, Mr. Baker founded Global Financial Integrity, the Washington, DC-based research and advocacy organization of which he remains president, with the goal of quantifying and analyzing illicit financial flows while formulating and promoting policy solutions to curb them.