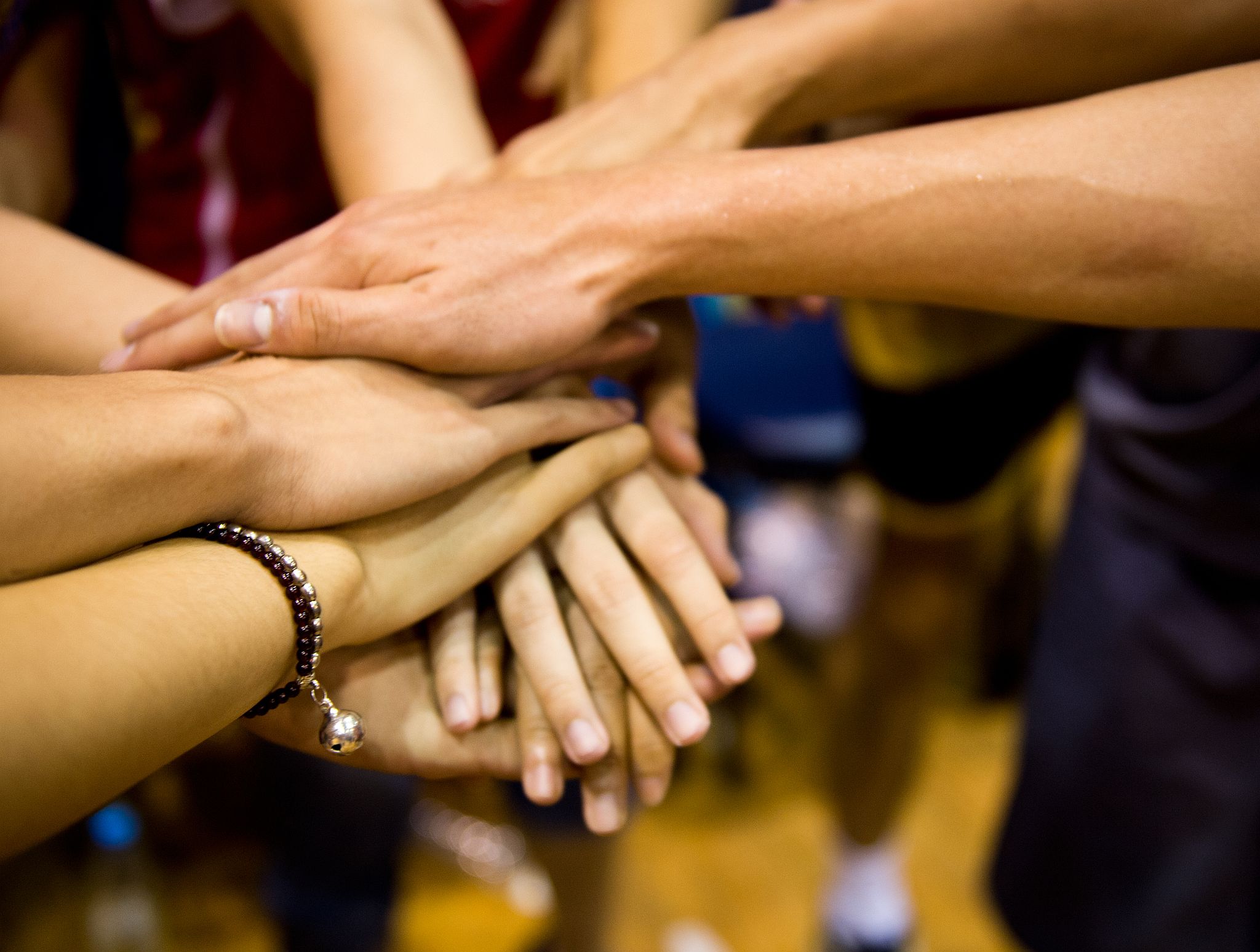 There is no “them and us.” There is only us.

I want to be prophetic and take stands and stand with those on the margins, and I want to laugh as much as I can.

By acting compassionately, by helping to restore justice and to encourage peace, we acknowledging that we are all part of one another.

As you press on for justice, be sure to move with dignity and discipline, using only the weapon of love.  Let no one pull you so low as to hate. Always avoid violence.  If you succumb to the temptation of using violence in your struggle, unborn generations will be the recipients of a long and desolate night of bitterness, and your chief legacy to the future will be an endless reign of meaningless chaos.

Justice, then, is not dependent upon the law. That a society does not outlaw an activity does not mean that the activity is just…The more we act for the common good, by being inclusive and letting others speak for themselves, the more we can learn about the people whom we ought to become.

Concern for our neighbor transcends the confines of national communities and has increasingly broadened its horizon to the whole world.

I have always found that mercy bears richer fruits than strict justice.

Courage is of no value unless accompanied by justice; yet if everyone became just, there would be no need for courage.

The sword of justice has no scabbard.

It is in justice that the ordering of society is centered.

Justice does not come from the outside. It comes from inner peace.

Justice is the constant and perpetual will to allot to every man his due.

It is the spirit and not the form of law that keeps justice alive.

Justice is a contract of expediency, entered upon to prevent people from harming or being harmed.

The only true principle for humanity is justice; and justice to the feeble is protection and kindness.

Injustice anywhere is a threat to justice everywhere.

Justice consists not in being neutral between right and wrong, but in finding out the right and upholding it, wherever found, against the wrong.

The order of society is based on two virtues: justice and charity. Charity is the Samaritan who pours oil on the wounds of the traveler who has been attacked. It is justice’s role to prevent the attack.

Christian love of neighbor and justice cannot be separated. For love implies an absolute demand for justice, namely a recognition of the dignity and rights of one’s neighbor.

The 1971 Synod of Catholic Bishops

When you have more than you need, build a longer table, not a higher fence.

Only by being a man or woman for others, does one become fully human.

To be just, it is not enough to refrain from injustice. One must go further, and refuse to play it’s game: substituting love for self-interest as the driving force of society.

Silence in the face of evil is itself evil: God will not hold us guiltless. Not to speak is to speak. Not to act is to act.

It’s a drop of water in the sea. But after this drop, the sea will never be the same.

You may choose to look the other way, but you can never say again that you did not know.

May God bless you with anger at injustice, oppression, and exploitation of people, so that you may work for justice, freedom and peace.

Labor to keep alive in your breast that little spark of celestial fire, called conscience.

There are two principles of justice: not to harm anybody and serve to the society’s welfare.

Freedom and justice cannot be parceled out in pieces to suit political convenience. I don’t believe you can stand for freedom for one group of people and deny it to others.

Justice grows out of recognition of ourselves in each other — that my liberty depends on you being free too.

Crime is a violation of people and relationships. It creates obligations to make things right. Justice involves the victim, the offender, and the community in a search for solutions which promote repair, reconciliation and reassurance.

I didn’t realize that what I did affected so many people. I’m sorry and want to make things better.

The restorative justice movement is grounded in values that promote both accountability and healing for all affected by crime.

Our current criminal justice system has no provision for restorative justice, in which an offender confronts the damage they have done and tries to make it right for the people they have harmed. Instead, our system of ‘corrections’ is about arm’s length revenge and retribution, all day and all night.

People, even more than things have to be restored, renewed, revived, reclaimed, redeemed; never throw out anyone.

Restorative justice is not a replacement of retributive justice, but a complement. It seeks the rehabilitation of the wrongdoer and the repair of the victim’s injury.

Humanity is never so beautiful as when praying for forgiveness, or else forgiving another.

He came to Nazareth, where he had grown up, and went according to his custom into the synagogue on the Sabbath day. He stood up to read and was handed a scroll of the prophet Isaiah. He unrolled the scroll and found the passage where it was written: ‘The Spirit of the Lord is upon me, because he has anointed me to bring glad tidings to the poor. He has sent me to proclaim liberty to captives and recovery of sight to the blind, to let the oppressed go free, and to proclaim a year acceptable to the Lord.’ Rolling up the scroll, he handed it back to the attendant and sat down, and the eyes of all in the synagogue looked intently at him. He said to them, ‘Today this scripture passage is fulfilled in your hearing.’

Now, will not God bring about justice for His elect who cry to Him day and night, and will He delay long over them?

But woe to you Pharisees! For you pay tithe of mint and rue and every kind of garden herb, and yet disregard justice and the love of God; but these are the things you should have done without neglecting the others.

Woe to you, scribes and Pharisees, hypocrites! For you tithe mint and dill and cumin, and have neglected the weightier provisions of the law: justice and mercy and faithfulness; but these are the things you should have done without neglecting the others.

Behold, my servant whom I have chosen; my beloved in whom my soul is well-pleased; I will put my spirit upon him, and he shall proclaim justice to the Gentiles.

A battered reed he will not break off, and a smoldering wick he will not put out, until he leads justice to victory.

He has told you, O man, what is good; And what does the LORD require of you but to do justice, to love kindness, and to walk humbly with your God?

Therefore, return to your God, Observe kindness and justice, And wait for your God continually.

Again, when a wicked man turns away from his wickedness which he has committed and practices justice and righteousness, he will save his life.

In those days and at that time I will cause a righteous Branch of David to spring forth; and He shall execute justice and righteousness on the earth.

Behold, the days are coming, declares the Lord when I will raise up for David a righteous branch; and He will reign as king and act wisely and do justice and righteousness in the land.

How blessed are those who keep justice, Who practice righteousness at all times!

Woe to him who builds his house without righteousness and his upper rooms without justice, Who uses his neighbor’s services without pay and does not give him his wages.

A bruised reed He will not break and a dimly burning wick He will not extinguish; He will faithfully bring forth justice.

Learn to do good; seek justice, Reprove the ruthless, Defend the orphan, Plead for the widow.

Behold, My Servant, whom I uphold; My chosen one in whom My soul delights I have put My Spirit upon Him He will bring forth justice to the nations.

The Spirit of the Lord GOD is upon me, because the LORD has anointed me To bring good news to the afflicted; He has sent me to bind up the brokenhearted, To proclaim liberty to captives And freedom to prisoners.

To do righteousness and justice is desired by the Lord more than sacrifice.

The works of His hands are truth and justice; All His precepts are sure.

How blessed are those who keep justice, Who practice righteousness at all times!

He loves righteousness and justice; the earth is full of the love of the Lord.

Righteousness and justice are the foundation of Your throne; Love and truth go before You.

You shall not pervert the justice due an alien or an orphan, nor take a widow’s garment in pledge.

Justice, and only justice, you shall pursue, that you may live and possess the land which the Lord your God is giving you.

If one of you says to them, “Go in peace; keep warm and well fed,” but does nothing about their physical needs, what good is it?

How does the love of God abide in anyone who has the world’s goods and sees another brother or sister in need and yet refuses to help?

And Mary said, ‘My soul proclaims the greatness of the Lord; my spirit rejoices in God my savior. For he has looked upon his handmaid’s lowliness; behold, from now on will all ages call me blessed. The Mighty One has done great things for me, and holy is his name. His mercy is from age to age to those who fear him. He has shown might with his arm, dispersed the arrogant of mind and heart. He has thrown down the rulers from their thrones but lifted up the lowly. The hungry he has filled with good things; the rich he has sent away empty. He has helped Israel his servant, remembering his mercy, according to his promise to our fathers, to Abraham and to his descendants forever.’