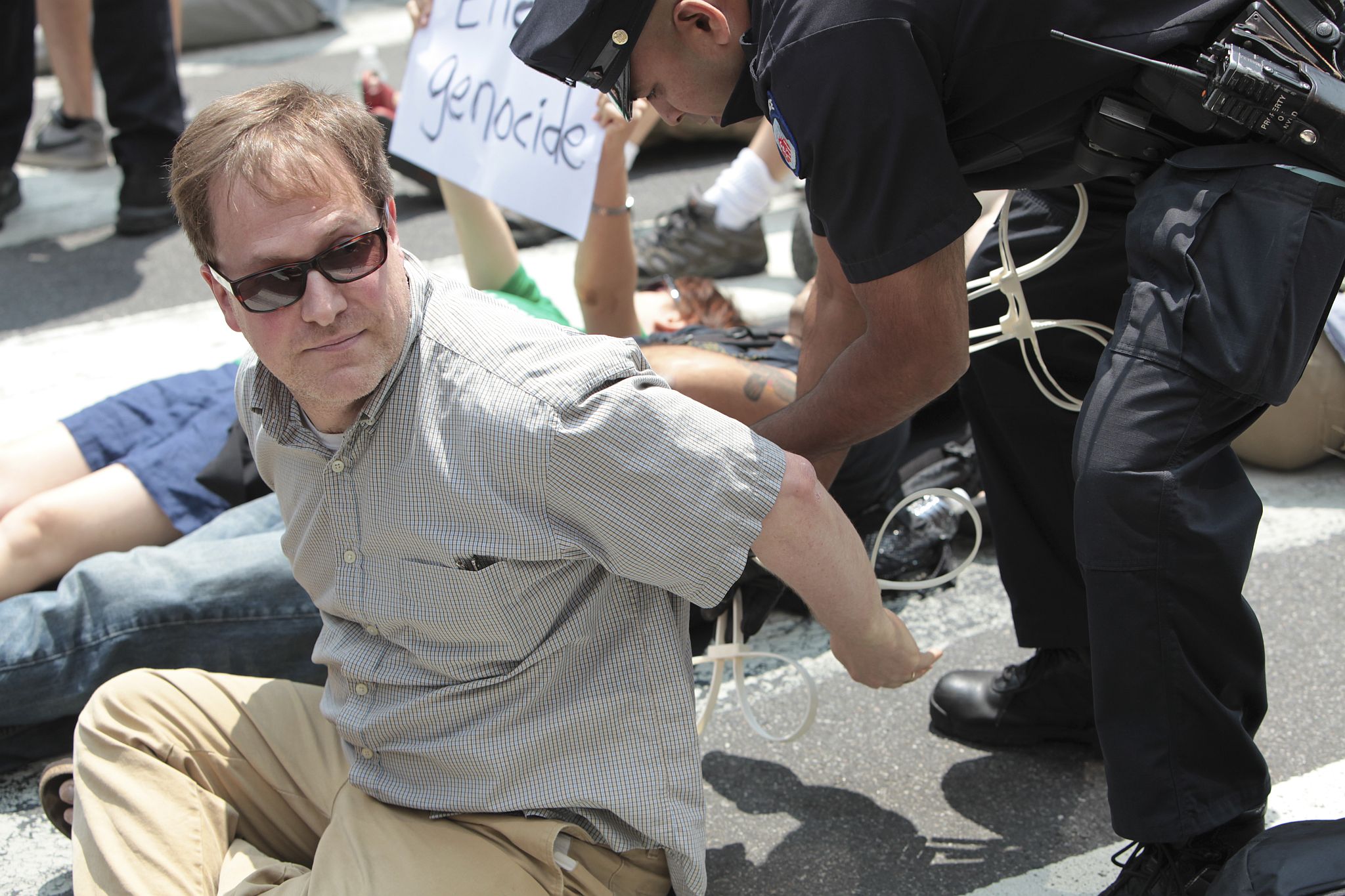 Civil disobedience is the active, professed refusal of a citizen to obey certain laws, demands, orders or commands of a government. It can be a form of public witness. By some definitions, civil disobedience has to be nonviolent to be called “civil”. Hence, civil disobedience is sometimes equated with peaceful protests or nonviolent resistance. Henry David Thoreau popularized the term in the US with his essay Civil Disobedience, although this type of activity has been practiced long before.

General strikes are one of the most powerful methods of nonviolent resistance. Other forms of protest can be completely anonymous, such as consumer boycotts in apartheid-era South Africa.

One important factor is the unity among demonstrators. For example, with the failed uprising in Bahrain in 2011, the campaign initially engaged many protestors, but quickly split into competing factions.

According to research by Erica Chenoweth, a political scientist at Harvard University, using data from 323 violent and nonviolent campaigns, in her book Why Civil Resistance Works: The Strategic Logic of Nonviolent Conflict.

Those engaging a threshold of 3.5% of the population have never failed to bring about change. Such a level of active participation probably means many more people tacitly agree with the cause.

The People Power campaign against the Marcos regime in the Philippines, for instance, attracted 2,000,000 participants at its height, while the Brazilian uprising in 1984 and 1985 attracted 1,000,000, and the Velvet Revolution in Czechoslovakia in 1989 attracted 500,000 participants.

In 1986, millions of Filipinos took to the streets of Manila in peaceful protest and prayer in the People Power movement. The Marcos regime folded on the 4th day.

In 2003, the people of Georgia ousted Eduard Shevardnadze through the bloodless Rose Revolution, in which protestors stormed the parliament building holding flowers in their hands. While in 2019, the presidents of Sudan and Algeria both announced they would step aside after decades in office, thanks to peaceful campaigns of resistance.

It has inspired leaders such as Susan B. Anthony of the U.S. women’s suffrage movement in the late 1800s, Saad Zaghloul in the 1910s culminating in Egyptian Revolution of 1919 against British Occupation, and Mahatma Gandhi in 1920s India in their protests for Indian independence against the British Raj. Martin Luther King Jr.’s and James Bevel’s peaceful protests during the civil rights movement in the 1960s United States contained important aspects of civil disobedience.

Despite this success, history tends to pay greater attention to violence and warfare – even if it was a total disaster — rather than the success of peaceful campaigns.