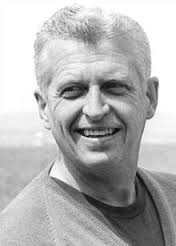 As a young man, he joined the Society of St. Joseph, better known as the Josephite Fathers, a religious society of priests and lay brothers dedicated to serving those of African descent, who were still dealing with the repercussions of slavery and daily segregation in the United States.

In the 1960’s he became active in the Civil Rights movement and marched for desegregation and participated in sit-ins and bus boycotts.

He also participated in numerous non-violent protests, particularly against war and nuclear weapons and was imprisoned many times in his lifetime for at total of about 11 years.

In 1980, he and his brother Dan, along with six others, began the Plowshares Movement by entering and vandalizing weapons at the General Electric Nuclear Missile Re-entry Division in Pennsylvania.

While incarcerated he would often hold bible study class and offer legal educational support to other inmates.

As a priest, his activism and arrests met with deep disapproval from the leadership of the Catholic Church but left the priesthood in the early 1970’s to get married.

He co-founded the Catholic Peace Fellowship in New York City, the Baltimore Interfaith Peace Mission to lead lobbies and demonstrations as well establishing the Jonah House in Baltimore — a community to support resistance to war.