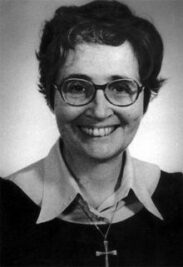 Maura Clarke, MM, was a Catholic Maryknoll Sister, who served as a missionary in Nicaragua and El Salvador. She worked with the poor and refugees in Central America from 1959 until her murder in 1980. On December 2, 1980, she was beaten, raped, and murdered along with three fellow missionaries — Ita Ford, Dorothy Kazel and Jean Donovan — by members of the military of El Salvador.