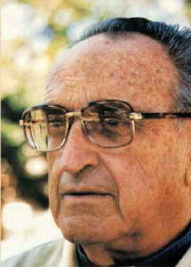 Juan José Gerardi Conedera was a Guatemalan Catholic bishop and human rights defender, who was long active in working with the indigenous Mayan peoples of the country. In the 1970s he gained government recognition of indigenous languages as official languages, and helped secure permission for radio stations to broadcast in indigenous languages. In 1988 he was appointed to the government’s National Reconciliation Commission, to begin the process of accounting for abuses during the civil war.

He also worked on the associated Recovery of Historical Memory Project (REMHI) sponsored by the Catholic Church. In 1998, two days after he announced the release of its report on victims of the Guatemalan Civil War, Guatemala: Nunca Más!, he was attacked and beaten to death. In 2001, in the first trial in a civilian court of members of the military in Guatemalan history, three Army officers were convicted of his death and sentenced to long prison terms as well as a priest who acted as an accomplice.