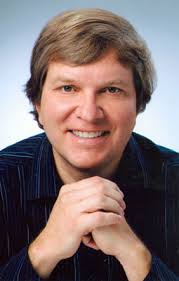 John Dear is an American Roman Catholic priest, Christian pacifist, author and lecturer, and a former member of the Society of Jesus. He was a member of part of the Plowshares disarmament movement and has been arrested over 75 times in acts of nonviolent civil disobedience against war, injustice and nuclear weapons.

Dear founded Bay Area Pax Christi, a region of Pax Christi USA, the national Catholic peace movement, and arranged for Mother Teresa to intervene with various governors on behalf of people scheduled to be executed on death row.

Dear served as executive director of the Sacred Heart Center, a community center for low-income African-American women and children, in Richmond, Virginia and he worked at a human rights center in Belfast in Ireland.

He was the Executive Director of the Fellowship of Reconciliation, the largest interfaith peace organization in the United States and led a delegation of Nobel Peace Prize winners on a peace mission to Iraq, as well as an interfaith delegation to Palestine/Israel.

Following September 11, 2001, he served as a Red Cross coordinator of chaplains at the Family Assistance Center in Manhattan, and counseled thousands of relatives and rescue workers.

He founded Pax Christi New Mexico, a region of Pax Christi USA led a demonstration against the U.S. war in Iraq in Santa Fe. In 2009, he joined the Creech 14 in a civil disobedience protest at Creech Air Force base against the U.S. drone war in Afghanistan and Pakistan, and was arrested.

Over the years, Dear has given thousands of lectures on peace, disarmament and nonviolence in churches, schools and universities across the United States, and around the world, including national speaking tours of Australia, New Zealand and England.

He writes a weekly column for the National Catholic Reporter and is featured in several books and featured in a wide variety of U.S. periodicals, including The New York Times and The Washington Post. He is also featured in the DVD documentary film, The Narrow Path, and the subject of John Dear on Peace.