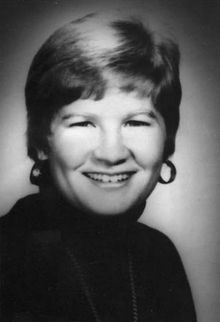 Jean Donovan was an American lay missionary who was beaten, raped, and murdered along with three fellow missionaries—Ita Ford, Maura Clarke and Dorothy Kazel—by members of the military of El Salvador in 1980.

She traveled to El Salvador in 1977, where she worked as a lay missioner in La Libertad, along with Dorothy Kazel, an Ursuline nun. The pair provided help to refugees of the Salvadoran Civil War and the poor. They provided shelter, food, transportation to medical care, and they buried the bodies of the dead left behind by the death squads.

She was also a follower of Archbishop Óscar Romero, and often went to his cathedral in San Salvador, to hear him preach.