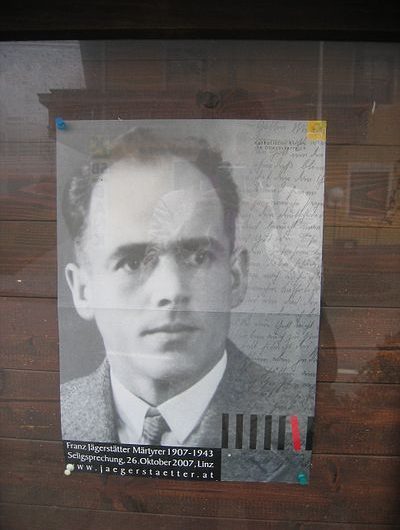 He maintained his position against fighting for the Third Reich and offered to serve as a paramedic, but was ignored.  He was imprisoned and accused of undermining of military morale. After a military trial he was sentenced to death on 6 July and subsequently executed by guillotine in August 1943, aged 36.

In 2007, the church declared him a martyr and he was beatified.