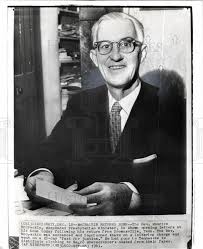 Maurice McCrackin was an American civil rights and peace activist, tax resister and Presbyterian minister. He was removed from his church in Cincinnati for standing up for his beliefs being against the Vietnam War and he started a small Community Church. He also did not pay his federal taxes during those years, since those were going towards the war effort.

He was a principled pacifist all of his life. He was active in the struggle for racial equality and an end to militarism in the United States. McCrackin was well known to the state’s attorneys office as he was arrested over and over again in protests. Rev. McCrackin was also active in the fight for prisoner’s rights and spent much time visiting convicts.