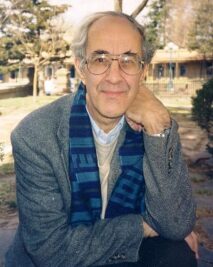 He published 39 books and authored hundreds of articles in more than 30 languages. In a magazine survey conducted by Christian Century in 2003 Nouwen’s work was indicated as a first choice of authors for Catholic and mainline Protestant clergy. His books include The Wounded Healer, In the Name of Jesus, Clowning in Rome, The Life of the Beloved and The Way of the Heart, along with The Return of the Prodigal Son.

Nouwen began to engage with contemporary social and political happenings, including the civil rights movement. In 1965 he traveled to the Southern United States to participate in, and later publish an article about, the Selma to Montgomery marches. He also wrote several essays on the necessity of peacemaking. He used God’s Love as a justification for the preservation of life, as well as his opposition to both the ongoing Cold War and the intervention of the United States in Vietnam..

After nearly two decades of teaching at academic institutions including the University of Notre Dame, Yale Divinity School and Harvard Divinity School, Nouwen went on to work with mentally and physically handicapped people at a L’Arche community in Ontario.