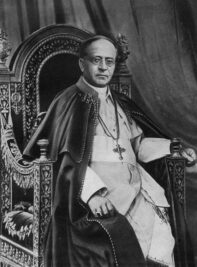 In the 40th Year emphasized the ethical implications of the social and economic order and describes the major dangers for human freedom and dignity arising from unrestrained capitalism and totalitarian socialism/communism. It also called for the reconstruction of the social order based on the principle of solidarity and subsidiarity.