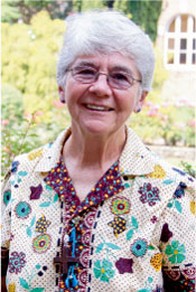 Dorothy Stang, SND was an American-born, Brazilian member of the Congregation of the Sisters of Notre Dame de Namur. In 2005 she was murdered in Anapu, a city in the state of Pará, in the Amazon Basin of Brazil. Stang had been outspoken in her efforts on behalf of the poor and the environment, and had previously received death threats from loggers and land owners. Her cause for canonization as a martyr and model of sanctity is underway within the Congregation for the Causes of Saints.