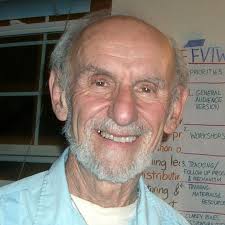 Louis Vitale, OFM, is a Franciscan priest, activist, and a co-founder of Nevada Desert Experience. He has engaged in civil disobedience for nearly four decades in pursuit of peace and justice, and has been arrested more than 400 times. Vitale says that St. Francis, Gandhi and Martin Luther King, Jr., provide him with inspiration.

Vitale served as the provincial superior of the Franciscan Friars of the Province of St. Barbara, from 1979 to 1988. Then he served as the pastor at St. Boniface Catholic Church in the tenderloin of San Francisco, California. He has a Ph.D. in Sociology from the University of California, Los Angeles.

Vitale has been involved in trying to raise awareness about issues of torture and the US involvement. To that end, he was arrested alongside Fr. Stephen Kelly, SJ, at Fort Huachuca in Arizona in November 2006.

In 2003, Vitale received the Domestic Human Rights Award from Global Exchange at the third annual ceremony.

Vitale, Kathy Kelly, Stephen Kelly, John Dear, Eve Tetaz, and others were also arrested at Creech Air Force Base on Wednesday April 9, 2009, while engaged in protesting UAV attacks in Pakistan.

Vitale registered to join the Gaza Freedom March – a political campaign to end the blockade of the Gaza Strip – at the end of December.

In 2009 & 2010, Vitale crossed the line at Ft Benning to protest the U.S. Army’s Western Hemisphere Institute for Security Cooperation and served time in a federal prison for those actions.