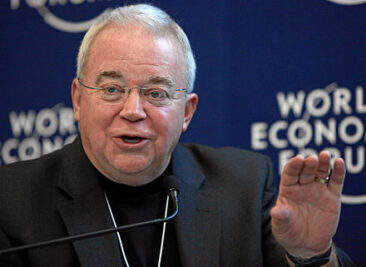 Jim Wallis is a Christian writer and political activist. He is best known as the founder and editor of Sojourners magazine and as the founder of the Washington, D.C.-based Christian community of the same name. Wallis is well known for his advocacy on issues of peace and social justice. Although Wallis actively eschews political labels, he describes himself as an evangelical and is often associated with the evangelical left and the wider Christian left. He works as a spiritual advisor to President Barack Obama. He is also a leader in the Red-Letter Christian movement.