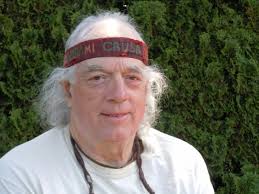 Willson served in the US Air Force from 1966 to 1970, including several months as a combat security officer in Vietnam. He left the Air Force as a Captain. He subsequently became a member of Vietnam Veterans Against the War and Veterans For Peace (Humboldt Bay Chapter 56, California, later Portland, OR Chapter 72). Upon completion of Law School at American University in Washington, D.C., he became a member of the District of Columbia Bar. Willson has had a variety of jobs including penal consultant, prisoner rights advocate, dairy farmer, legislative aide, town tax assessor and building inspector, veteran’s advocate, and small businessman.

As a trained lawyer and writer, he has documented U.S. policy in nearly two dozen countries. Since 1986, Willson has studied on-site policies in a number of countries, among them Nicaragua, El Salvador, Honduras, Panama, Brazil, Argentina, Mexico, Colombia, Ecuador, Cuba, Haiti, Iraq, Israel (and Palestinian territories), Japan, and Korea, both North and South. Documenting the pattern of policies that he says “violate U.S. Constitutional and international laws prohibiting aggression and war crimes,” Willson has been an educator and activist, teaching about the dangers of these policies. He has participated in lengthy fasts, actions of nonviolent civil disobedience, and tax refusal along with voluntary simplicity.