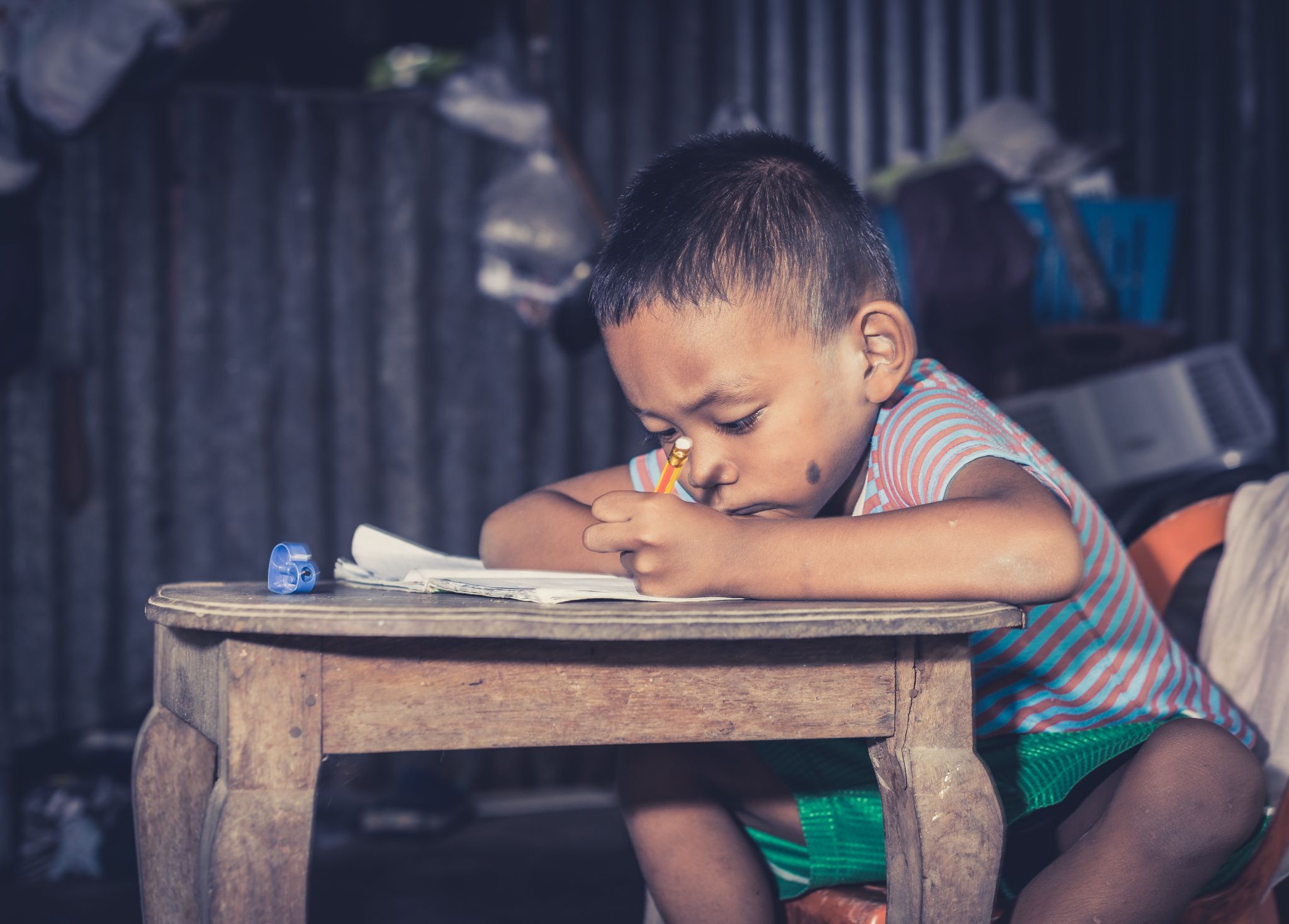 $16 billion a year in aid would send all children to school in low income countries. This is about half of the amount Europeans and Americans spend on ice cream annually.

The New York Times & The Organization for Economic Cooperation and Development

The National Center for Education Statistics

States are responsible for 44% of total education funding in the U.S., and 34 states are contributing less funding on a per student basis than they did prior to the recession years.

Less than 50% of students who graduate from high school are able to proficiently read or complete math problems.

Fewer than 40% of graduating seniors have mastered reading and math and are poorly equipped for college and real world life. Many of these students have been passed to the next grade and have an increased chance of falling behind and dropping out of college.

The National Assessment of Educational Progress

A student living in poverty is 13 times less likely to graduate on time.

Of student dropouts, nearly 60% will go to prison at some point.

40% of 5 year olds in the U.S. are not ready to learn when entering kindergarten.

75% of Americans ages 17-24 are not qualified for military service because they are overweight, too poorly educated, have emotional problems or have a criminal record.

High schools are not preparing students with the skills and knowledge necessary to excel after graduation. Only 25% of high school students graduate college-ready in the 4 core subjects of English, Reading, Math and Science.

Teacher quality is one of the most significant factors related to student achievement. In the U.S., 14% of new teachers resign by the end of their first year, 33% leave within their first 3 years, and almost 50% leave by their 5th year.

In schools made up of 75% or more low-income students, there are 3 times the number of out-of-field teachers than in wealthier school districts.

30% of Hispanic first time college students are not in school after 3 years.

Exposure to at least one black teacher in Grades 3-5 reduces the probability of low income black male students dropping out of school by almost 40%.