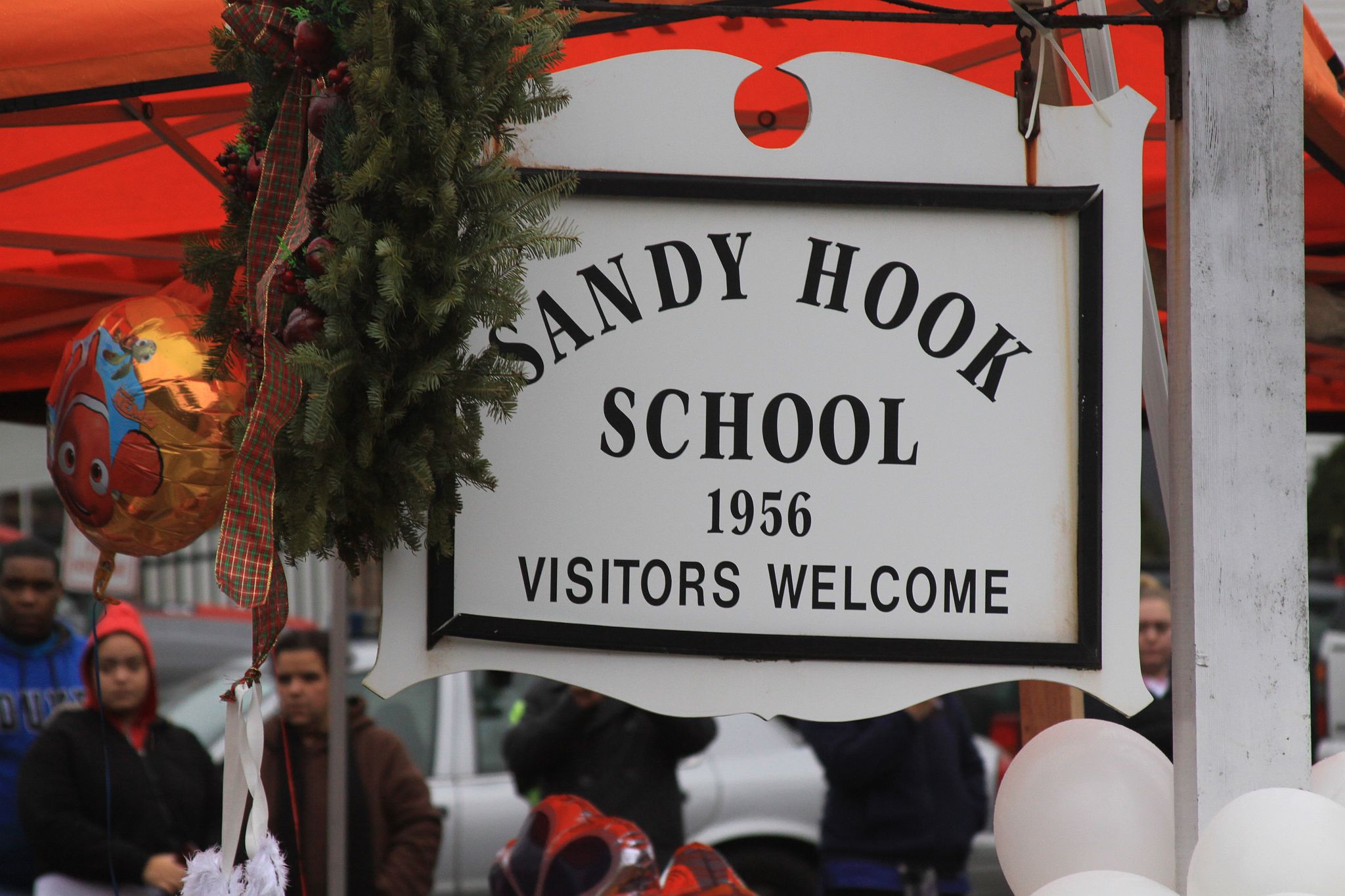 58% of American adults or someone they care for has experienced gun violence in their lifetime.

There are approximately 875 million small arms circulating worldwide, produced by more than 1,000 companies from nearly 100 countries.

The states with the highest gun death rates in the nation:

Each of these states has lax gun violence prevention laws as well as a higher rate of gun ownership.

The states with the lowest gun death in the nation are:

Each of these states has strong gun violence prevention laws and a lower rate of gun ownership.

There are approximately 310 million firearms in the U.S. — not including weapons owned by the military. Of these, 114 million are handguns, 110 million are rifles, and 86 million are shotguns. This is about twice as many guns per capita as there were in 1968.

Gun sales have increased in recent years. After the Sandy Hook massacre in 2012, many states eased laws on gun ownership. Gun sales often rise after massacres when people are afraid of gun-buying restrictions.

Another spike in gun sales increased during the COVID 19 health crisis when people were fearful that the pandemic could lead to civil unrest.

The biggest reason (67%) gun owners say that they own a gun is for protection.

42% of active shooter incidents occurred at a business.

21% of active shooter incidents occurred at an educational institution.

14% of active shooter incidents occurred in an open space.

10% of active shooter incidents occurred at a government owned property.

5% of active shooter incidents occurred at a home or residence.

4% of active shooter incidents occurred at a church or place of worship.

4% of active shooter incidents occurred at a hospital or health care facility.

About 60% of gun deaths in the US are self-inflicted.

Gun violence is the 2nd leading cause of death for young people ages 10-19 (after motor vehicle crashes).

67% of all homicides in the US were conducted by a firearm.

Handguns comprise about 72% of the firearms used in murder and manslaughter incidents; 4% are with shotguns; 4% are with rifles and 18% are with unspecified firearms.

4.6 million children live in homes where guns are unlocked and loaded.

U.S. children and teens are 17 times more likely to die from a gun than their peers in 25 other
high-income countries combined.

An average of 8 children and teens under the age of 20 are killed by guns every day.

Youth in rural U.S. counties are as likely to die from a gunshot as those living in urban counties. Rural children die of more gun suicides and unintentional shooting deaths. Urban children die more often of gun homicides.

The presence of a gun in a domestic violence situation increases the risk of homicide by 500%.

19% of domestic violence involves a weapon.

66% of females murdered by intimate partners were killed with guns.

Women in the US are 11 times more likely to be murdered with a gun than in other developed nations.

Having a gun in the home increases the risk of homicide 20 times when there is a history of domestic violence.

48% of women killed by intimate partners were killed by dating partners.

76% of women murdered by intimate partners were stalked.

A person who has been convicted of the felony or misdemeanor crime of domestic violence toward a spouse, former spouse, cohabiting intimate partner or a person with whom the offender shares a biological child is prohibited from owning firearms. Likewise, a person under a permanent restraining order is not permitted to own firearms. However current law does not prohibit the following people from possessing firearms:

Many people who are legally prohibited from owning guns are able to purchase them, because:

Mass shootings (4 or more injured or killed) in the U.S.

74% of people who carry out mass shootings are using legally obtained firearms.

38% of active shooters used more than one weapon.

The Dickey Amendment was a provision in the 1996 U.S. federal government spending bill which mandated that “none of the funds made available for injury prevention and control at the Centers for Disease Control and Prevention (CDC) may be used to advocate or promote gun control.” The amendment was lobbied for by the National Rifle Association (NRA), and named after its author Jay Dickey, a Republican member of the United States House of Representatives from Arkansas. In response the CDC avoided all research on gun violence for fear for 2 decades for fear that it would be financially penalized.

The Federal Bureau of Alcohol, Tobacco & Firearms (ATF) is barred from computerizing its records and must look up records by hand. Dealer records are required to be “non-searchable” under federal law and keyword searches, or sorting by date or any other field, are strictly prohibited.The rationale for the law is that gun rights groups argue that once the government has a list of firearms, it could use that list to confiscate weapons from private citizens.

The ATF receives over 1,000,000 requests each month to help solve crimes and can only find files for about 360,000. Because of technological impediments the ATF is unable to investigate about 30% of the cases it receives.

The NRA has changed its focus over last 150 years. When the NRA was officially incorporated in 1871, its primary goal was to “promote and encourage rifle shooting on a scientific basis”. The NRA’s website says the organization is “America’s longest-standing civil rights organization”

The vast majority of gun owners are not members of the NRA. The National Rifle Association reports that it has about 5 million members, which represents about 4% of the 118,000,000 households in the US. that report owning a gun.

In the 2016 elections, the NRA spent more than $54 million on behalf of various candidates — the bulk for the Presidential campaign. This was almost double what it spent in 2012.

The market size of the gun & ammunition manufacturing in the U.S. industry is over $17 billion. There are 721 businesses with almost 50,000 employees.

In the wake of declining gun ownership, the gun industry has focused on the development and marketing of military style firearms to appeal to a shrinking core market of white males.

Suicide attempts without a gun are 5% successful

Suicide attempts with a gun are 85% successful.

Since 1982 the city of Kennesaw, Georgia has required all of its residents to carry guns.

In 2005 Congress passed the Protection of Lawful Commerce in Arms Act (PLCAA) which protects firearms manufacturers and dealers from being held liable when crimes have been committed with their products.

72% of NRA members and 83% of non-NRA gun owners support requiring criminal background checks of anyone purchasing a gun.

Despite over 80% of Americans who support it, there are virtually no federal or state laws that restrict people on the federal terrorist watch list to own or possess a gun.

Firearm sales and transfers proceed in more than 91% of cases (more than 2,000 individuals) where known or suspected terrorists on the terror watchlist undergo firearm background checks.

40% of guns sold in the U.S. are without background checks.

Background checks are required only with a Federal Firearms Licensee (FFL), which includes retailers such as Walmart. A background check is not required to purchase a gun online, through a gun show, or through some private sales.

The FBI has 72 hours to finish a background check and if it isn’t able to do so, a gun sale may proceed. This time limit has allowed over 4,000 gun sales to occur each year.

In 2015, 85% of Americans said they favored expanding background checks for gun buyers.  Both Democrats (88%) and Republicans (79%) supported the idea.

Since the Brady Law took effect in 1998, there have been more than 277 million background checks carried out on would-be gun purchasers in the U.S. — with more 1.3 million denials.

Studies of crime gun recoveries in Chicago, New York City, and Boston—all cities in states with strong gun laws—show that as many as 87% of the firearms used in crime in these cities were trafficked from other states which often have weaker gun laws.