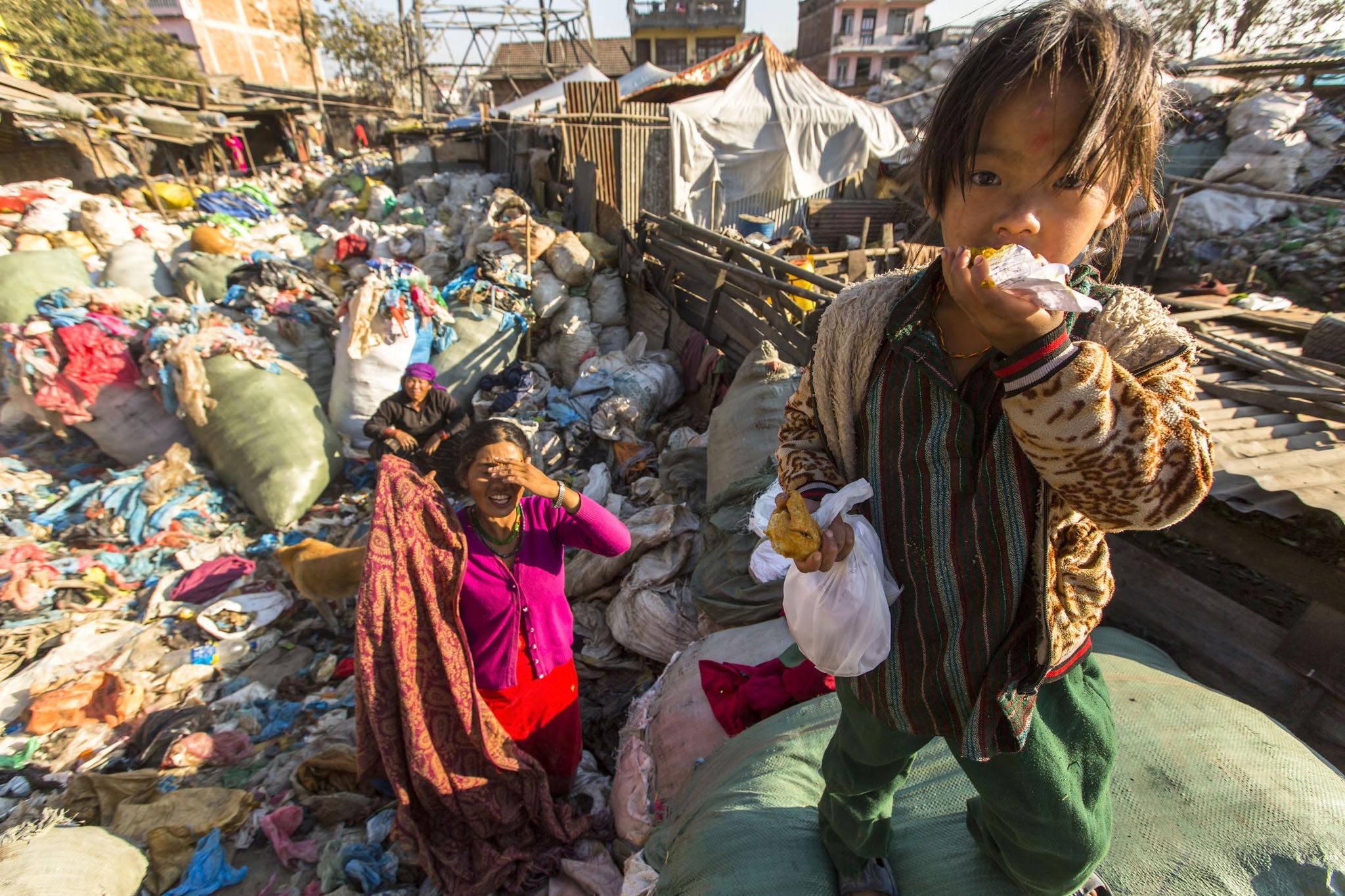 Around the world, nearly 800 million people remain chronically undernourished. Approximately 50 million children under 5 years are wasted; over 2 billion people suffer from micronutrient deficiencies and 1.9 billion people are overweight, of which over 600 million are obese.

Over 1.5 billion people live on less than $1.25 a day and cannot feed themselves.

Every day, 18,000 children under age 5 die from hunger and diseases related to poor nutrition.

Low-income countries have child mortality rate 13 times higher than high-income countries. Of the 6 million kids under 5 who die each year, 50% is due to under-nutrition.

There are approximately 165 million children in the world under the age of 5 who are stunted because of chronic malnutrition. Stunting means that the child is too short for his or her age, but it also causes brain damage.

33% of all food produced for human consumption is wasted.

Initiative Save the Food

A population too malnourished to work suffers long term economic consequences. A malnourished person can suffer a 10% reduction in his or her lifetime earnings, while countries can see 2-3% annual reductions in their Gross Domestic Product (GNP).

Just 2% of the world’s grain harvest would be enough, if shared, to erase the problem of hunger and malnutrition around the world.

Providing people with the tools they need to lift themselves out of poverty creates a more stable world. For every 5% drop income growth in a developing country, the likelihood of violent conflict or war within the next year increases by 10%.

43 of the top 50 consumer nations of US agricultural products were once US foreign aid recipients.

Some 15 million people live and work within municipal rubbish tips around the globe, combing through trash every day for food and items to sell. For example: About 100 families live inside the Boragaon landfill in the city of Guwahati, India

The average life expectancy for someone born and raised in these environments is 35 years old.

La Chureca, the “City of Trash,” outside of Managua,Nicaragua, is the largest garbage dump in Central America, covering over 4 square miles, and has over 1,000 people who live & work there every day.

More than 2,000 families live on the Bantar Gebang landfill that lies outside of Jakarta in Indonesia

The Guatemala City Garbage Dump has 13,000 people who live and work there to survive. 50% of these are children.

The Payatas dumpsite, outside Manila in the Philippines, is the home, workplace and playground to about 80,000 people. In 2000 a landslide there killed over 200 scavengers.

14% of households with over 16 million children in the US are “food insecure” — meaning they can’t provide enough food for its members at some point during the year.

A typical “food insecure” household spends 26% less on food than typical food secure household of the same size and composition.

More than 38 million Americans live below the poverty line ($25,465 for a family with 2 adults and 2 children).

More than 20% children in the US– live at risk of hunger. Likewise more than 20% of children are living in poverty.

Americans spend 5.6% of their income for groceries and 4.3% on dining out.

Nearly 25% of grocery shopping dollars are spent on processed foods and sweets.

An estimated 45 million Americans go on a diet each year, and spend $33 billion on weight loss products because they eat more food than they need.

Being smarter about food helps save water too (lots of it).

For example, making 1 pound of chicken takes the same amount of water as showering for 104 minutes.

1 pound of tomatoes = 5 minutes in the shower

1 pound of bananas = 42 minutes in the shower

Approximately 21 million low income children receive a free or reduced price lunch through the National School Lunch Program. But only half 11 million also receive a free or reduced price breakfast through the School Breakfast Program and only about 2 million also received Summer Food Service Program meals during the summer months.

The federal Supplemental Nutrition Assistance Program or SNAP (formerly known as ‘food stamps’) is targeted to go to the lowest-income people in the country. It is estimated that each dollar in federally funded SNAP benefits during a recession generates between $1.50 and $1.80 in economic activity.

12% of American households receives benefits from the Supplemental Nutrition Assistance Program. SNAP lifts at least 4 million Americans out of poverty every year – including 2 million children.

47% of households receiving SNAP benefits are employed and 64% of recipients are children, elderly or disabled.

Undocumented immigrants are ineligible for the Supplemental Nutrition Assistance Program.

Americans pay over $18 billion ($152 a person) for Easter celebrations.

About 22% of Hispanic households and 26% of African American households are food insecure. Communities of color tend to experience higher levels of poverty and hunger than the general population.

The United States is the world’s largest corn producer and exports between 10-20% of its annual production.

33% of the US corn production is used to feed animals such as dairy, beef cattle, hogs and poultry.

27% is used to make ethanol (alcohol used as fuel).

11% is used for other processing such as high fructose corn syrup, sweeteners, starch, beverage alcohol, and cereals.

10% of the US corn production is used to create distillers grains.

8% is for residential use.

Corn is used both a food and a fuel (ethanol) so when the price of fuel (i.e. oil) rises, the demand for ethanol rises, increasing the price of corn and reducing its availability as a food.

Approximately $1 trillion of food is lost or wasted every year — accounting for roughly 33% of the world’s food.