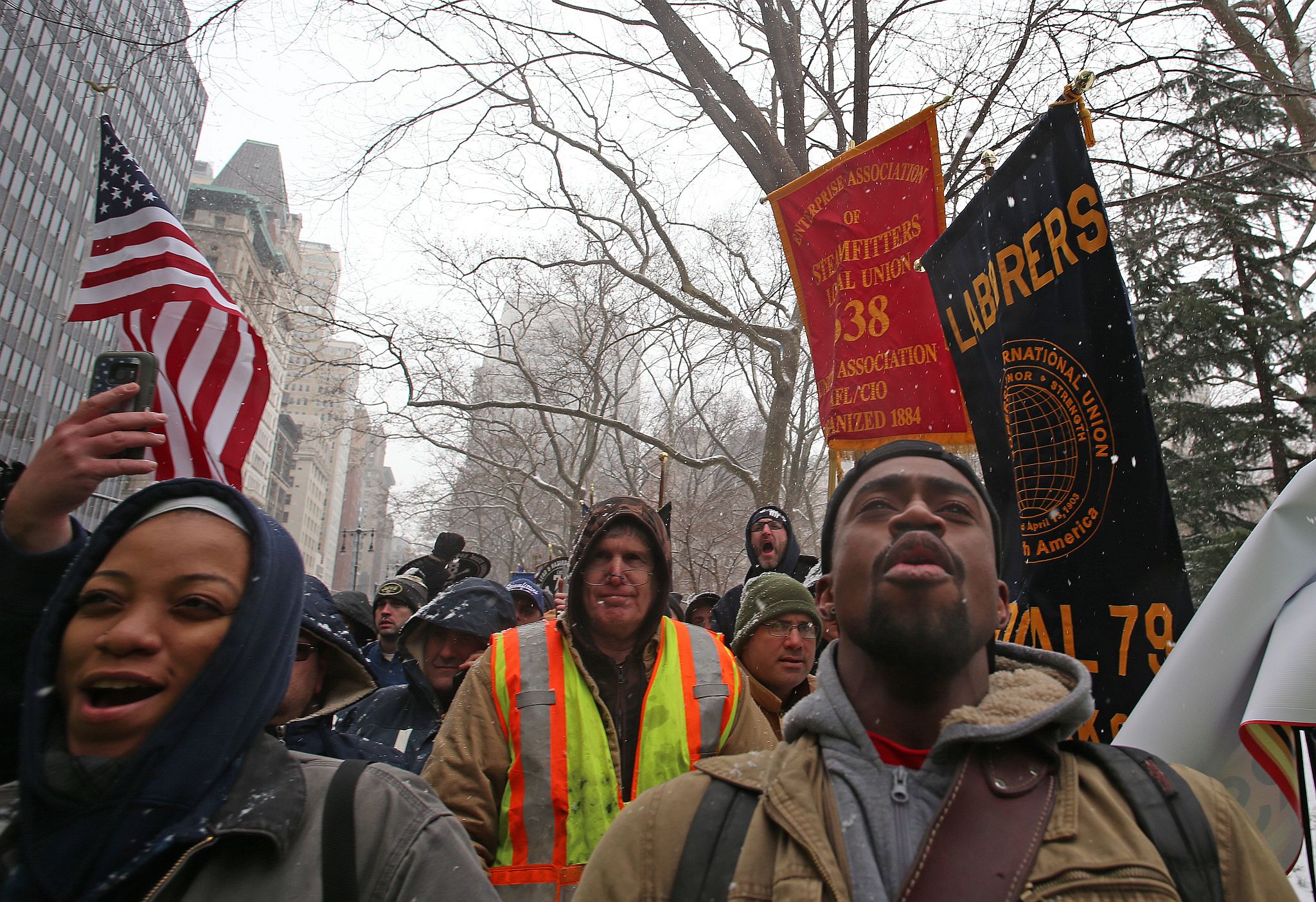 Union membership has been on the decline for more than 30 years and is approximately 10% of the workforce.

As wages for average workers have fallen and union membership has declined, income inequality has soared. The 400 richest Americans are worth more than $2 trillion – more than the national budgets of many countries.

“Right to work” laws have nothing to do with a right to work. They are euphemisms for permitting non-union member employees to continue to get the benefits of union representation and protection, as required by federal law, without having to pay for these benefits.

Private-sector employees in “right-to-work” states earned an average of $738 a week in the past 12 months, 9% less than workers in states without such laws.

In the Midwest, where unions have historically been powerful, employers pay an average of $28.15 per worker per hour—factoring in both wages and benefits—while in the South, the average is $26.32 an hour.

Belonging to a union reduces the gender gap by 50%.

Only 6% of childcare workers are members of a union and domestic workers are excluded from many of the basic protections guaranteed by the Fair Labor Standards Act of 1963.

Between 2000 and 2010, US based global corporations laid off 2.9 million Americans. During the same period, they created 2.4 million jobs abroad.

There are 246 million exploited children between the ages of 5 and 17 involved in debt bondage, forced recruitment for armed conflict, prostitution, pornography, the illegal drug trade, the illegal arms trade and other illicit activities around the world.

Approximately 20% of food service workers come to work at least once each year “while sick with vomiting or diarrhea.”

The Center for Disease Control

Sick leave is a standard benefit at profitable companies such as In-n-Out Burger, Fred Meyer, Stop & Shop and Safeway.

Most low paid workers cannot afford to stay home when they are sick and must choose between getting paid or taking care of themselves.

Paid sick leave is standard in other developed nations, 13 states and in some large cities such as New York, Chicago and Washington.