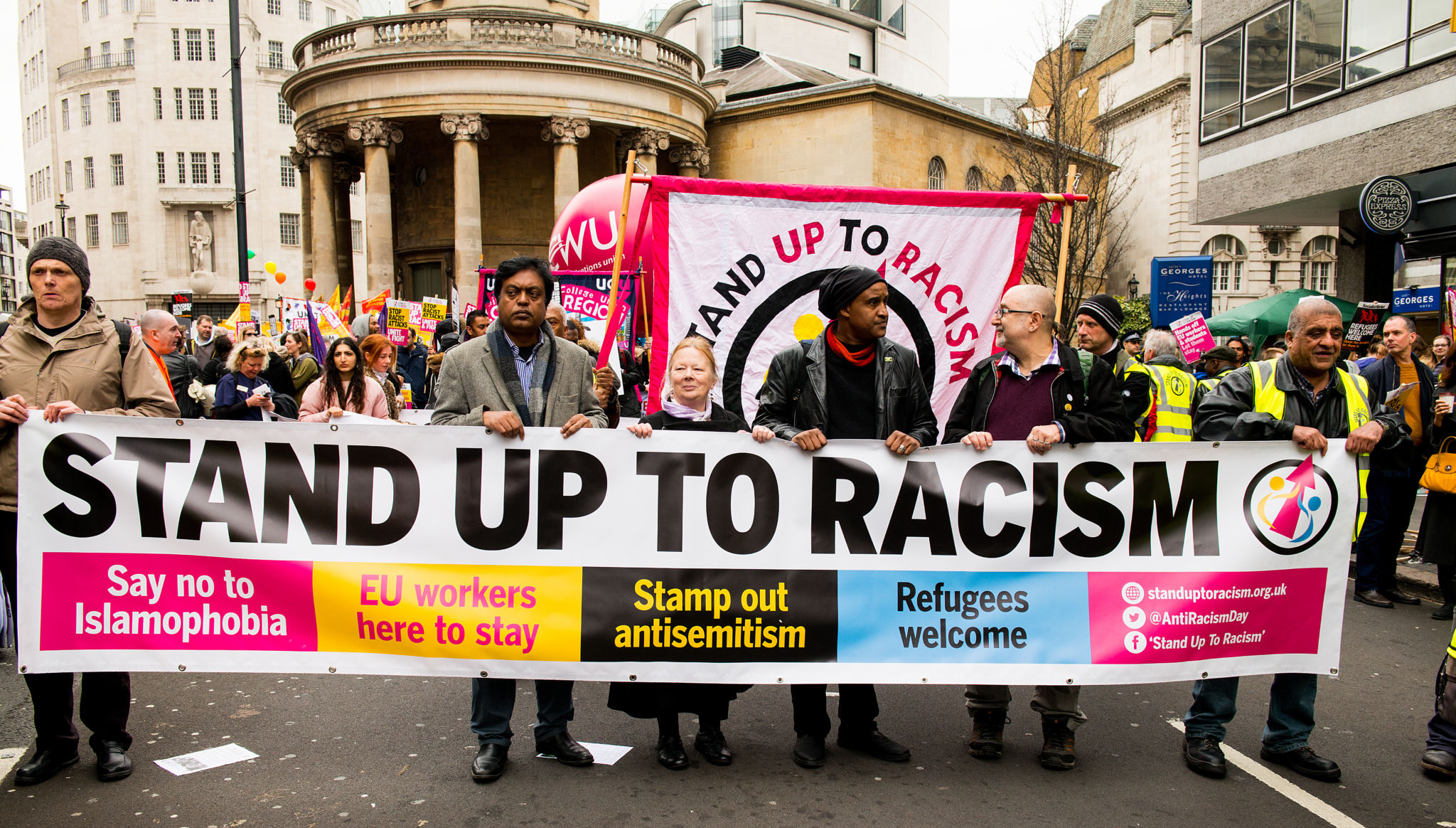 All human beings belong to the same species, Homo sapiens. The diversity between humans is about 0.1% (one difference per one thousand nucleotides between two humans chosen at random).

Genetic evidence indicates that all humans are descendants from a migration of people from Africa 50,000-80,000 years ago.

Most scholars agree that “race” was a recent invention and that it was essentially a folk idea, not a product of scientific research. They hold that the real meaning of “race” in American society has to do with social realities, quite distinct from physical variations in the human species.

In America an extreme conception of human differences attempted to legitimize the folk ideas. Some people tried to “prove” scientifically that “the Negro” was a different and lower kind of human being. The first published materials arguing from a scientific perspective that “negroes” were a separate species from white men appeared in the last decade of the eighteenth century. They argued that Negroes were either a product of degeneration from that first creation, or descendants of a separate creation altogether.

There are over 900 active “hate groups” in the US – a 60% increase since 2000 — and are found in all 50 states. These include: the Ku Klux Klan, Black Separatists, Racist Skinheads, White Nationals, Neo-Nazis, Neo-Confederates, Christian Identity and Anti-LGBT (Lesbian Gay Bisexual Transgendered).

Neo-Nazi groups are up 22% and anti-Muslim groups rose for a 3rd straight year.

There are typically around 6,000 hate crimes every year – with about 60% of them racially motivated or related to ethnicity/national origin bias.

The share of private employer sponsored retirement coverage for Whites is 57%, for Blacks it’s 50%, for Asians it’s 48% and for Hispanics it’s 34%.

The median hourly wage for Black and Hispanic workers with a higher education is typically less than for Whites and Asians.

There are 4% infant deaths per birth for Asians, 5% for Whites, 5% for Hispanics and 11% for Blacks.

6% of Whites live without insurance, 8% of Asians, 11% of Blacks and 16% of Hispanics.
US Census Bureau
7% of adult Whites have been diagnosed with diabetes, 8% of Asians, 12% of Hispanics and 13% of Blacks.
National Geographic
Infant Mortality Rate
Black babies are more than twice as likely to die than white babies.
Washington Post
Life Expectancy
Center for Disease Control & U.S. Department of Health and Human Services

Just 3% of “stop-and-frisk” encounters produce evidence of a crime.

Based on footage captured by police-body cameras, officers speak with consistently less respect toward Black versus White community members, even after controlling for the race of the officer, the severity of the infraction, the location of the stop, and the outcome of the stop.

Even though both Whites and Blacks use marijuana at similar rates, Black people are more than 3 times more likely to be arrested for marijuana offenses than Whites.

A majority of the motorists who had property confiscated by the police were nonwhite.

Over 1,000 people have died after being shocked by police with a Taser. At least 32% of those were Black.

People with more police contact report more trauma and anxiety symptoms. These associations are tied to how many stops they report, the intrusiveness of the encounters, and their perceptions of police fairness. Overall, the burden of police contact falls predominantly on young Black and Latino males.

In the U.S., black people make up 13% of the total population but constitute 34% of incarcerated individuals.

White people make up 64% of the total populations but represent 32% of those incarcerated.

African Americans are incarcerated at more than 5 times the rate of whites.

The imprisonment rate for African American women is twice that of white women.

1 in every 10 black men in his thirties in prison or jail on any given day.

Native American youth are 3 times as likely as white youth to be held in a juvenile detention facility.

Despite similar rates of illicit drug usage, black people are more than 13 times more likely than white people to be jailed on drug charges.
Washington Post
Capital Punishment
Approximately 42% of those on death row in the United States are black.
Of the executions that have occurred since 1976:

38% of Latinos report that they have experienced harassment and prejudice because of their background. These have included:

9 states may impose a lifetime ban on voting by felons. They are: Alabama, Arizona, Delaware, Florida, Iowa, Kentucky, Mississippi, Tennessee and Wyoming.