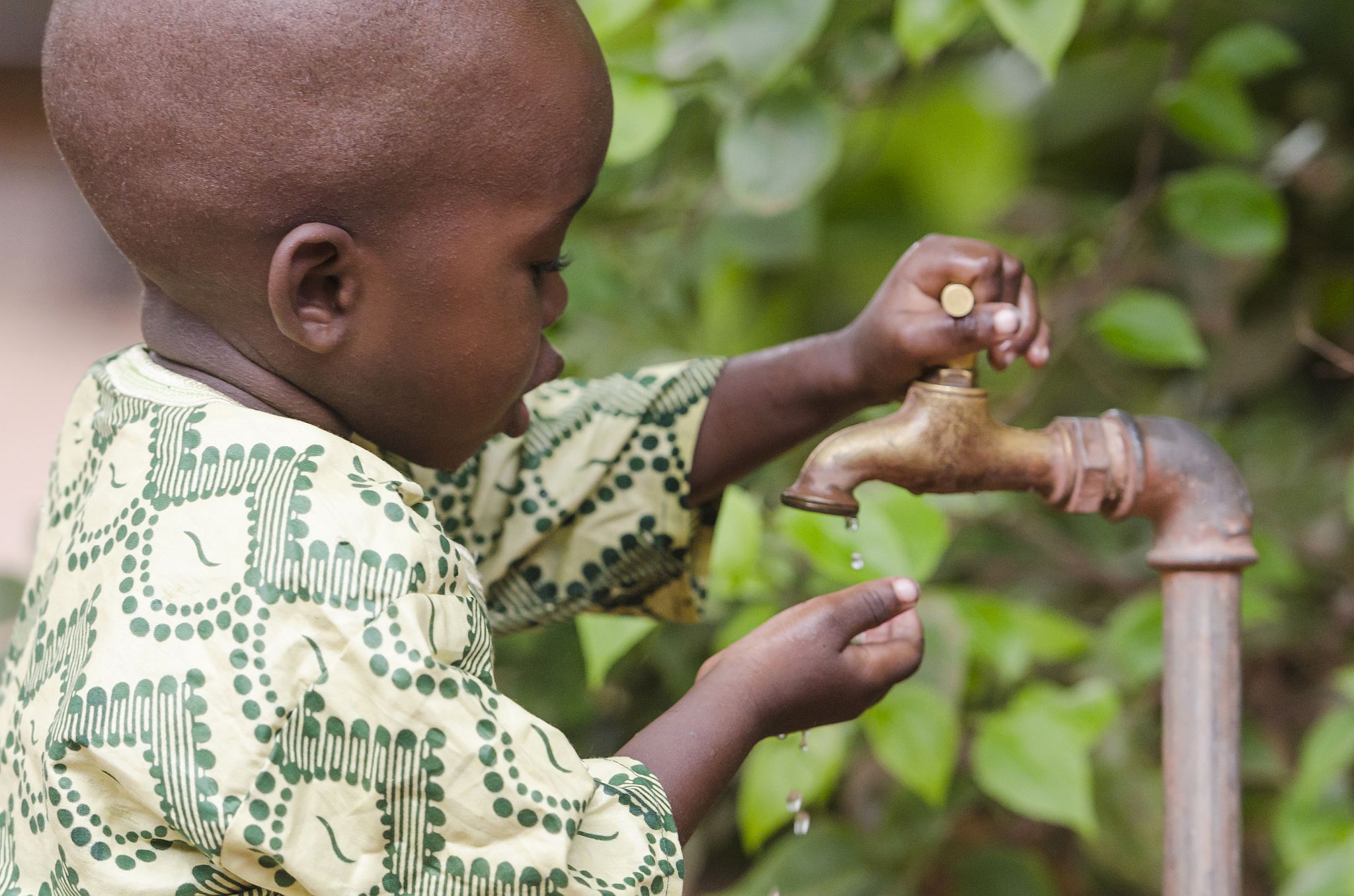 96.5% of all water on earth is in the oceans and undrinkable.

1.6% is locked up in the polar ice caps and glaciers.

The Great Lakes account for 21% of the world’s freshwater. More than 30 million people rely on the Great Lakes for drinking water—10% of the U.S. population and 30% of the Canadian population.

The amount of water needed to produce:

1 load in the dishwasher = 15 gallons

A load in the washing machine = 40 gallons

By 2025, 1.8 billion people will be living in countries or regions with absolute water scarcity, and 66% of the world’s population could be under stress conditions.

25% of the children in the world will be living in areas with extremely limited water by 2040 unless climate action is taken now.

In the U.S., more than 2 million Americans live without basic access to safe drinking water and sanitation.

Meanwhile, there are 10.4 million residential and 309,000 public swimming pools in the United States.

Golf courses around the U.S. use approximately 2.08 billion gallons of water per day for irrigation. That’s about 130,000 gallons per day per course.

It can take 1.63 liters of water to make every liter of bottled water.

Some people spend 10,000 times more per gallon for bottled water than they typically would for tap water.

25% of bottled water is really just tap water in a bottle—sometimes further treated, sometimes not.

Adaption to climate change is mainly about better water management

90% of natural disasters are water related.

Access to clean water gives communities more time to grow food, earn an income, and go to school — all of which fight poverty.

It takes 3 liters of water to produce 1 liter of bottled water.

Sometimes clean water must be purchased. The price is about .70  per 5 gallons, which is what a family of 6 drinks per day. The average expenditure of such a family monthly is about $20.

The biodiversity of freshwater ecosystems has been degraded more than any other ecosystem.

The major sources of water pollution are from human settlements and industrial and agricultural activities.

Contaminated drinking water is estimated to cause 485,000 diarrheal deaths each year.

Unsafe or inadequate water, sanitation, and hygiene cause approximately 3% of all deaths
worldwide.

In developing countries, 80% of industrial wastes (about 300-400 million tons) are dumped untreated into waters where they pollute the usable water supply.

Some of the industries that pollute the most water are: chemicals, printing, petroleum refining, leather products manufacturing, paper, construction & metal manufacturing.

Nitrate from agriculture is the most common chemical contaminant in the world’s groundwater aquifers.

An estimated 17 to 27 billion gallons of polluted water is generated by 40 mines (e.g. gold, copper, uranium mines) in the US each year. Water treatment for these mines will cost as much as $67 billion per year. 62% of these mines (25 out 40) are located partly on public lands so the cleanup costs will be shouldered by the American taxpayer if the mining companies are unable or unwilling to pay.

In the United States, 1.2 trillion gallons of untreated sewage, storm water, and industrial waste are discharged into US waters annually.

The head of China’s national development agency said that 25% of China’s main rivers were so poisoned the water harmed the skin.

In 1 week, a typical cruise ship generates: 200,000 gallons of sewage, 1 million gallons of ‘grey water’ from showers, sinks, dishwashers and washing machines, 37,000 gallons of oily bilge water, more than 2 tons of solid waste and toxic wastes from on board operations like dry cleaners and photo-processing bottles.

In the US, an estimated 200 million gallons of used motor oil are improperly disposed off by dumping on the ground, tossed in the trash (ending up in landfills) and poured down sewers and drains.

In Africa, 90% of the work of gathering water is done by women.  Women and girls often spend up to 6 hours a day fetching water spending about 40 billion hours a year walking for water.

When a community gets water, women and girls get their lives back. They start businesses, improve their homes, and take charge of their own futures.

With the same access to productive resources as men, women could increase yields on their farms by 20-30% and lift 150 million people out of hunger.

Involving women can increase the effectiveness of water projects 6-7%

Diseases from dirty water kill more people every year than all forms of violence, including war.

Worldwide, 780 million people do not have access to an improved water source. An estimated 2.5 billion people lack access to improved sanitation (more than 35% of the world’s population)

A lack of safe water and sanitation in cities leads to cholera, malaria and diarrhea & pneumonia.

Every year around 700,000 children die from diarrhea caused by poor water, sanitation and hygiene — that’s about 2,000 a day. Even when it doesn’t kill, it can impact on child stunting mentally and physically, affecting children for the rest of their lives. About 50% of these are under 5 years old.

For every $1 spent on water, sanitation and hygiene programs, there is, on average, a $4 return in productivity.

It takes massive amounts of water to convert fossil fuels to electricity. Coal- and gas-fired power plants use water for cooling. During hydraulic fracturing, or “fracking” – a process for extracting oil and natural gas – large quantities of water are mixed with chemicals and sand and injected underground to help draw out the minerals. Renewables such as wind and solar, however, use negligible amounts of water in turning raw energy into usable electricity.

To power a home for a month, it takes: