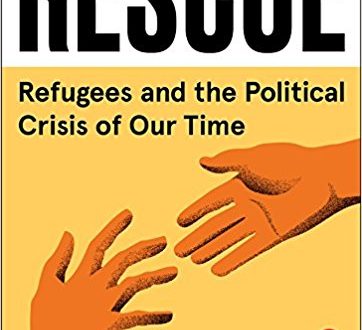 By David Miliband. Shows why people should care and how everyone can make a difference. Moves from war zones in the Middle East to peaceful suburbs in America to explain the crisis and to show what can be done — not just by governments with the power to change policy — but by citizens with the urge to change lives. This call to action shows that the crisis need not be  overwhelming and argues that this is a fight to uphold the best of human nature in the face of rhetoric and policy that caters to the worst. Defends the international order built by western leaders out of the ashes of World War II, but says now is the time for reform. Describing on personal family history and drawing lessons from a life in politics, shows that if the world fails refugees, then the world betrays its own history, values, and interests. The message is simple: rescue refugees and one rescues oneself. Read more.