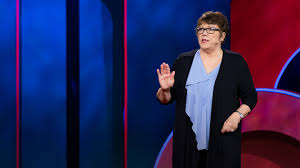 A TED Talk, featuring Lindy Lou Isonhood, who grew up in a town where the death penalty was a fact of life, part of the unspoken culture. But after she served as a juror in a capital murder trial — and voted “yes” to sentencing a guilty man to death — something inside her changed. In this engaging and personal talk, Isonhood reflects on the question she’s been asking herself in the 25 years since the trial: Am I a murderer? Watch now.