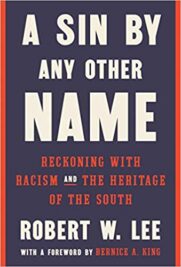 By Robert W. Lee. A memoir that chronicles what it was like growing up in the South as a descendant of Confederate General Robert E. Lee — an experience colored by the world of the white Christian majority — and describes the moments that highlighted the privilege, racism, and subversion of human dignity that came with it. Touches on the widespread nostalgia for the “Lost Cause” and gradual awakening to the unspoken assumptions of white supremacy which can, almost unknowingly, distort ones values and even faith. In particular, the book examines how many white Christians continue to be complicit in a culture of racism and injustice. Read more.