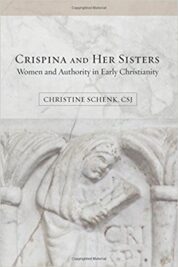 By Christine Schenk C.S.J. Explores visual imagery found on burial artifacts of prominent early Christian women and carefully situates the tomb art within the cultural context of customary Roman commemorations of the dead. Gives significant attention to recent scholarship about Roman portrait sarcophagi and the interpretation of early Christian art and an in-depth review of women’s history in the first four centuries of Christianity provides important context. A picture emerges of women’s authority in the early church, a picture either not available or distorted in the written history. The portrait tombs of fourth-century Christian women suggest that they viewed themselves and/or their loved ones viewed them as persons of authority with religious influence. Read more.