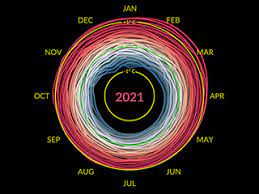 A short visualization from NASA, that graphically shows the gradual warming of the Earth over the past 120 years. The depicted temperatures are taken from the Goddard Institute for Space Studies’ Surface Temperature Analysis. Earth’s recent warming trend is causing sea levels to rise, precipitation patterns to change, and pole ice to melt. Few now disagree that recent global warming is occurring, and the Intergovernmental Panel on Climate Change (IPCC) has concluded that humans have created a warming surge that is likely to continue. A continuation could impact many local agricultures and even the global economy. Watch now.