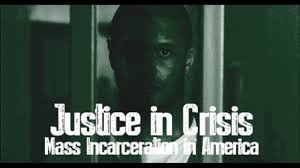 A series from Brave New Films, that explores some of the problems with the criminal justice system in the U.S. Titles include: Prison System by the Numbers which exposes the racial disparities in America’s prison system in a compelling dissection of drug-related incarceration rates. The Power of Fear explores the scope and sources of incarceration and how societal fears exacerbate the system. The third film, OverCriminalized looks at three promising and less expensive interventions to roll back mass criminalization and reform the criminal justice system. To Prison for Poverty explores modern-day debtor’s prisons affecting low-income communities who struggle to pay traffic fines. The final film, Time to Come Home: 20 Years is Enough, examines the impact of life sentences on incarcerated people and their families. Watch now.