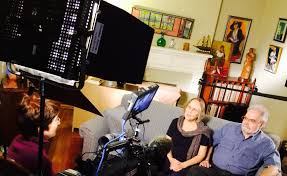 Produces documentaries with a focus on social justice, culture, and human rights — focusing particularly on women’s issues and Latin America. Their productions are produced in both English and Spanish and have aired on PBS, ABC, NBC, Odyssey Channel, The Learning Channel, Hallmark Channel, and the Brandenburg Television Network. Some of their titles include: In Our Son’s Name, Approach of Dawn Scraps of Life. Learn more.