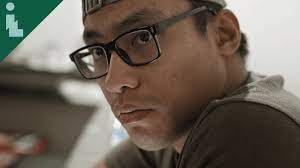 Part of a PBS documentary series, this episode tells the stories of Steve whose parents were forced to live in China after an ICE raid, and is threatened with deportation himself. Also: despite the risks involved, Dilan decides to go to Mexico to see his father for the first time in 14 years, leaving the U.S. while crossing fingers he’s allowed to cross back to America. Watch now.