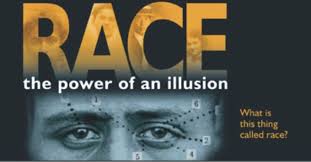 A resource from California Newsreel that questions the idea of race as innate biology, suggesting that a belief in inborn racial difference is no more sound than believing that the sun revolves around the earth. Yet race still matters. Just because race doesn’t exist in biology doesn’t mean it isn’t very real, helping shape life chances and opportunities.

Episode 1- The Difference Between Us examines the contemporary science – including genetics – that challenges our common sense assumptions that human beings can be bundled into three or four fundamentally different groups according to their physical traits.

Episode 2- The Story We Tell uncovers the roots of the race concept in North America, the 19th century science that legitimated it, and how it came to be held so fiercely in the western imagination. The episode is an eye-opening tale of how race served to rationalize, even justify, American social inequalities as “natural.”

Episode 3- The House We Live In asks, If race is not biology, what is it? This episode uncovers how race resides not in nature but in politics, economics and culture. It reveals how our social institutions “make” race by disproportionately channeling resources, power, status and wealth to white people.