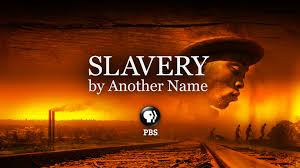 This PBS documentary challenges the country’s assumption that slavery ended with Abraham Lincoln’s Emancipation Proclamation of 1863 and recounts how in the years following the Civil War, insidious new forms of forced labor emerged in the American South, keeping hundreds of thousands of African Americans in bondage, trapping them in a brutal system that would persist until the onset of World War II. Read more.