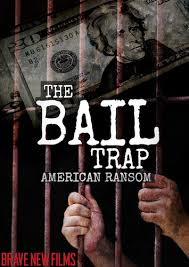 A resource series from Brave New Films, consisting of:

Breaking Down Bail — looks at the myths surrounding bail

Tai’s Story: College or Bail — A girl from Oakland bound for school struggles with a $100,000 bail

How Much is Your Freedom Worth? — A glimpse into the hearts and minds of those struggling with the criminal justice system

A list of facts and a history of bail in the U.S. is also available. Watch the trailer.