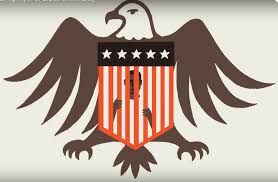 A short animated video from The Atlantic, that looks at the enduring view of African Americans in this country as a race of people who are prone to criminality. It explores how mass incarceration has been used to deal with social issues in America such as mental illness, chemical dependency, unemployment & factory closings. The film looks at how racist bias was written into the constitution and how that has affected African American families throughout American history. Watch now.