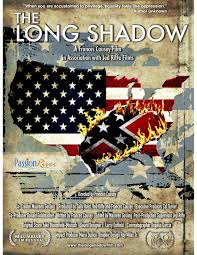 This film follows former CNN Senior Producer, TED contributor, and Emmy-Award winning Director Frances Causey as she traces her family’s legacy of white privilege, placing it in the context of the history of anti-black racism in the United States that began with slavery and continues to impact our society today.

Seeks the hidden truth and the untold stories of how America—guided by the South’s powerful political influence—steadily, deliberately and at times secretly, established white privilege in our institutions, laws, culture and economy. Watch the trailer.