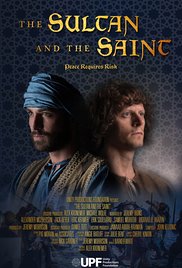 The story of Francis of Assisi and the Sultan of Egypt, and their meeting on a battlefield during the period of Christian- Muslim conflict known as the Crusades. They are two men of faith, one a traveling Christian preacher, the other the ruler of a Muslim Empire, bucking a century of war, distrust, and insidious propaganda in a search for mutual respect and common ground. Watch the trailer.