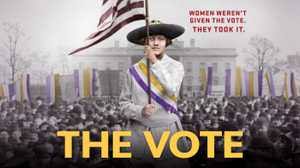 A Frontline documentary from PBS that tells the story of the campaign waged by American women for the right to vote — a transformative cultural and political movement that resulted in the largest expansion of voting rights in U.S. history. Explores how and why millions of 20th-century Americans mobilized for — and against — women’s suffrage. The film brings to life the leaders of the movement and the  controversies over gender roles and race that divided Americans then — and continues to dominate political discourse today. Watch now.