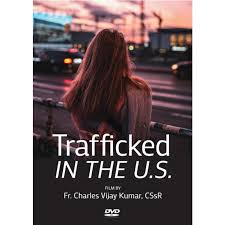 This documentary uncovers the hidden crime of human trafficking. It is told by victims, their parents, law enforcement officials, and social workers.

Filmed by Fr. Charles Vijay Kumar, CSsR, this pastoral documentary is an educational tool for adolescents and teens so they can identify signs of potential exploitation, and know who can help them if exploitation occurs. It is in three parts totaling 36 minutes:

True Stories of Human Trafficking in the U.S.

What Parents Need to Know about Human Trafficking