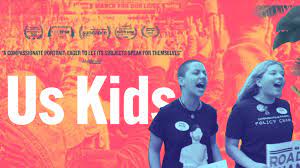 Sparked by the plague of gun violence ravaging their schools, this documentary chronicles the March For Our Lives movement over the course of several years, following X Gonzalez, its co-founders, survivors and a group of teenage activists as they organize the largest youth protest in American history and set out to build an inclusive and unprecedented youth movement that addresses racial justice, a growing public health crisis and shocking a political system into change. Watch the trailer.