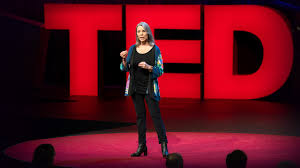 A TED Talk by Robin Steinberg, who points out that on any given night, more than 450,000 people in the United States are locked up in jail simply because they don’t have enough money to pay bail. The sums in question are often around $500: easy for some to pay, impossible for others. This has real human consequences — people lose jobs, homes and lives, and it drives racial disparities in the legal system.  She outlines a plan to address this called The Bail Project — an unprecedented national revolving bail fund to fight mass incarceration. Watch now.